Recently, Badgers United headed to the Wisconsin Chamber of Commerce Executives conference to share our story about the positive impacts of UW-Madison across the state with nearly 100 chamber executives. 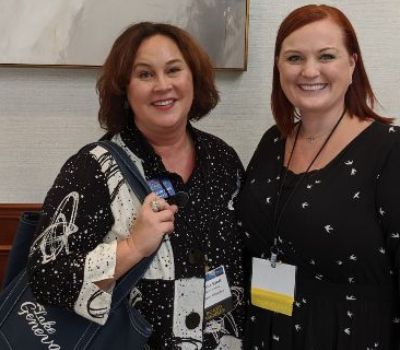 We were able to speak one on one with several executives, including Stephanie Klett, President and CEO of Visit Lake Geneva (pictured with Amber Schroeder, Badgers United Executive Director), and share UW-Madison’s impact in their community–we saw many eyebrows raise when we shared a widely unknown stat–the dollars UW-Madison spends with businesses in their county.  Several chambers invited us to speak with their board of directors and general membership in the future.

On Wednesday, September 25, Kelly Meyerhofer of the Wisconsin State Journal wrote a misleading headline on the demographic makeup of the 2019 UW-Madison freshman class, implying that the number of in-state students was declining. While the PERCENTAGE of in-state students may have dropped, the total number of students in the freshman class is up, and in actuality, this year’s freshman class has the second-largest class of in-state freshman in a decade.  Badgers United corrected the record on Twitter and will continue to hold journalists across the state accountable in their storytelling as it relates to UW-Madison.

.@Kellymeyerhofer this is a clickbait headline. @UWMadison admitted the 2nd largest class of instate freshman in the past 10 years. https://t.co/Hd5NWzzCtK

Capitalizing on the Badger Brand

We had a little fun last week on social media, capitalizing on the popularity and brand of Badger football to tell the narrative of the statewide impact of UW-Madison!  The graphic shown here was captioned, “Win or lose in Camp Randall this week – we’ll take this as a W for the University of Wisconsin-Madison”. 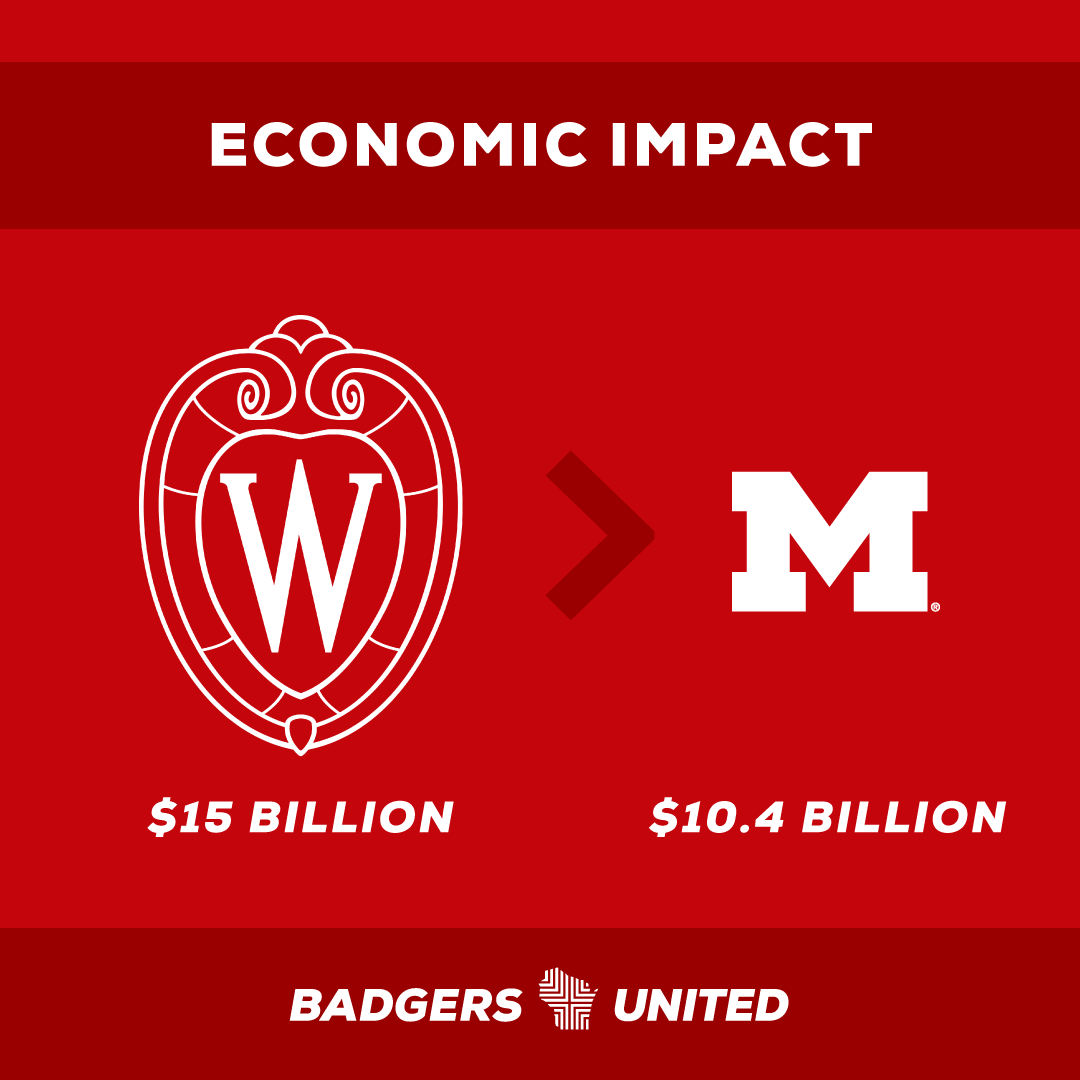 As we transition out of phase one of our marketing strategy, which revolved around launching Badgers United to the public and establishing our brand, watch for phase two items to being emerging on our website and in our newsletters: a blog, news section, and podcast!